Battlefields are PvP content conducted through the matchmaking system where players are divided into two factions that are pitted against each other in combat.

Victory Tokens may be rewarded depending on the result of the battle, and they can be used to purchase various items from the Battlefield Merchant.

There are two types of battlefields, the “Red Basin (15vs15)” and “Warlords Arena (3vs3)”. Each of which have their own unique game mode and accommodate a different number of participants. Players must meet the required character level in order too enter each battlefield.

- A 15vs15 PvP battlefield where the Sen and Vos'Elan factions fight against each other.

- The main objective is to earn faction points by capturing bases located throughout the area.

- Players will need to interact with a base for 10 seconds in order to capture it, and captured bases generate faction points over time.

- The more bases you control, the more points you obtain.

- The first team to obtain the required amount of faction points wins. 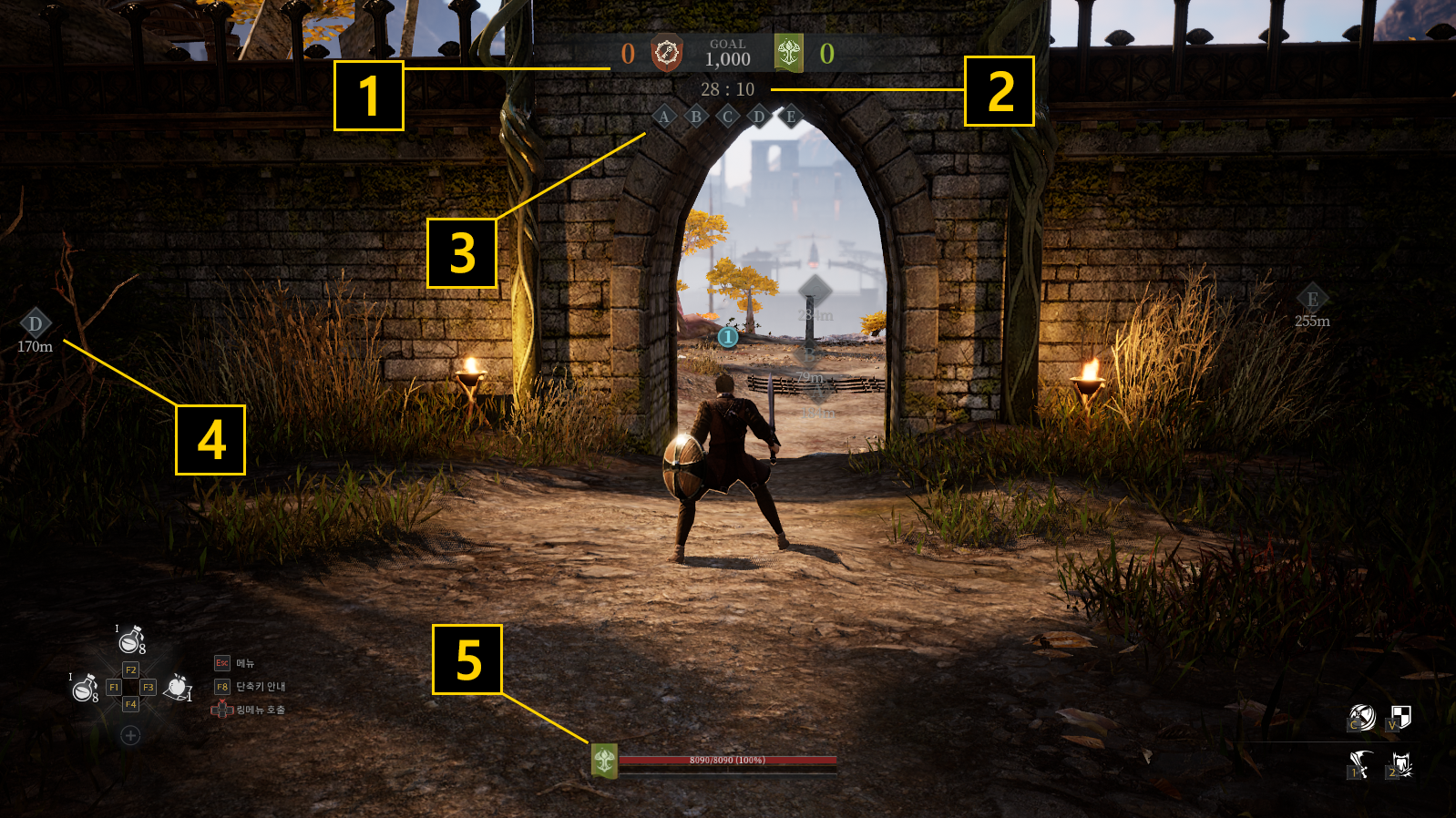 1 - Each faction's current scores and goal.

▣ Capturing a Base 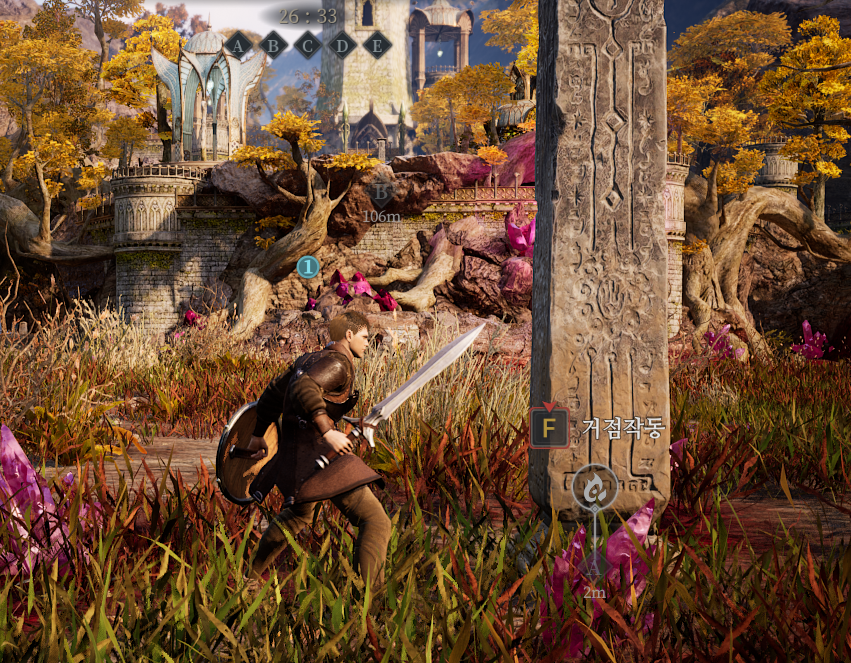 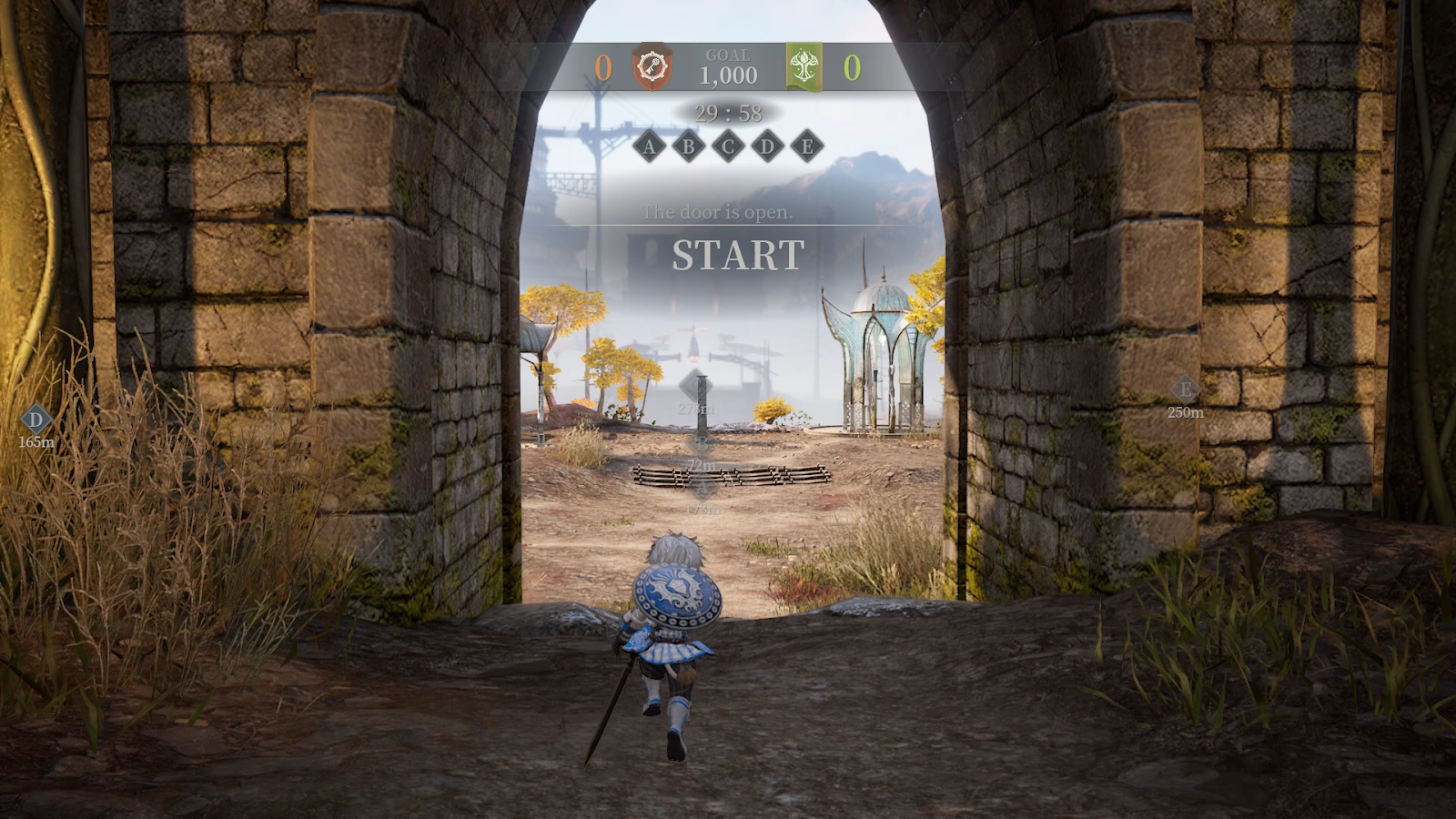 ▲ Starting Point of the Red Basin 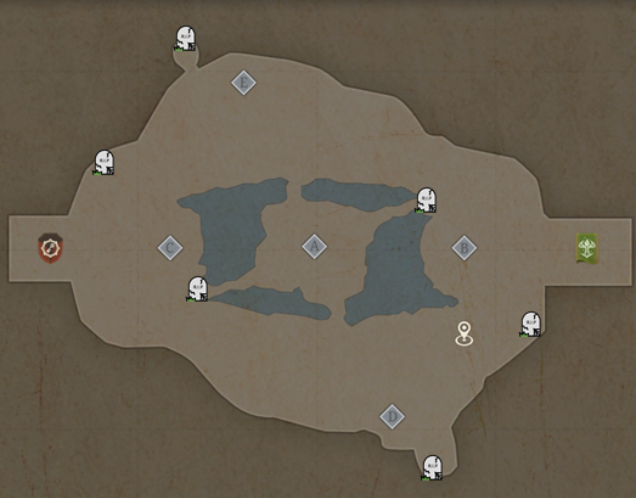 - A 3vs3 PvP battlefield where the first faction to win 3 matches out of 5 is victorious.

- Players cannot resurrect when they die, and they must wait until the round is over.

- Players with similar stats are likely to be matched together. 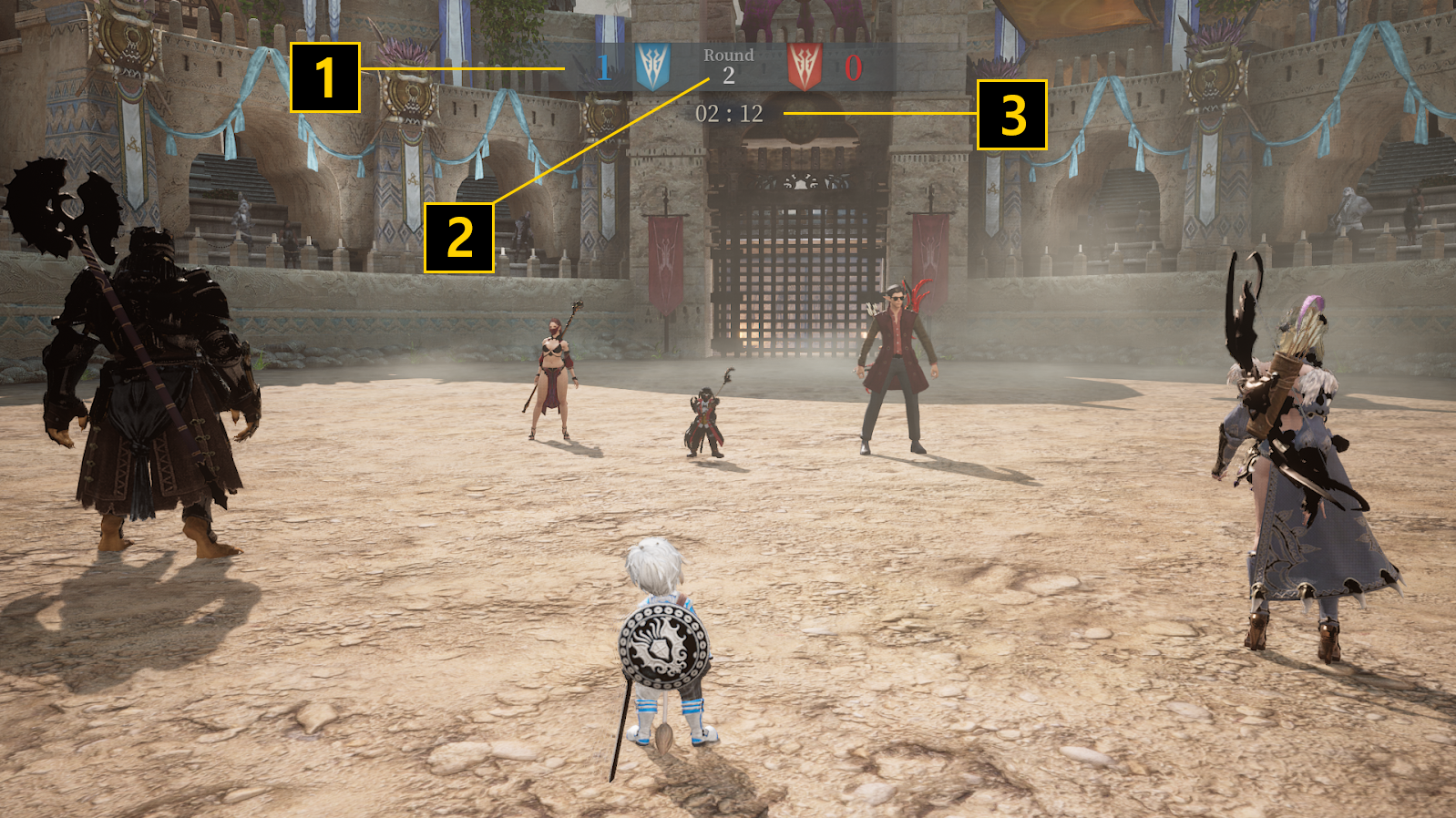 1 - Victory count for each faction.

3 - Time remaining in the current round

1. Once matchmaking is complete, players will enter the waiting room and stand theby until everyone has entered. 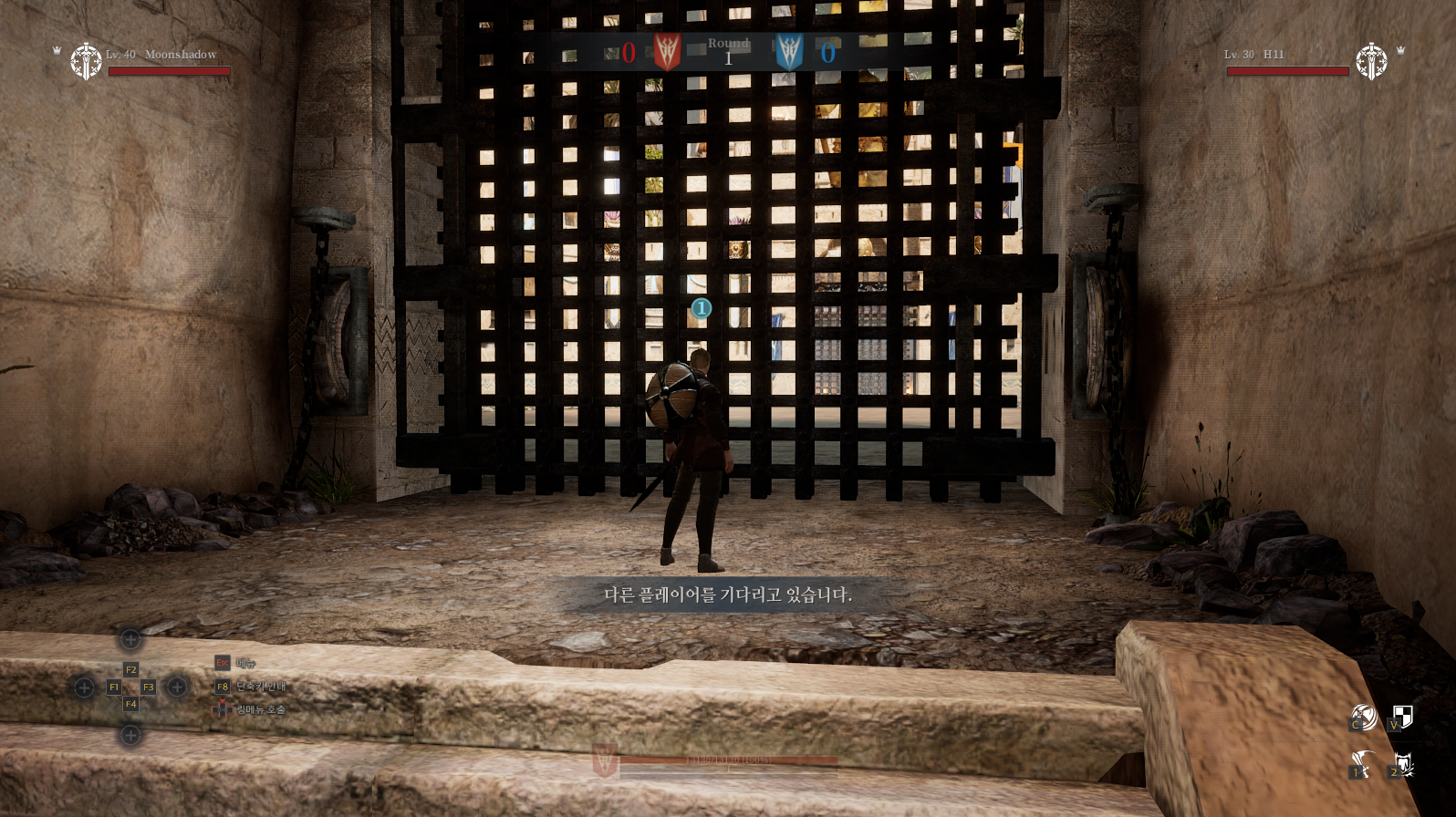 2. After all players have entered the waiting area, 30 seconds will be given to prepare for battle.

3. The waiting area's door will open once the round begins and players may now enter the arena. 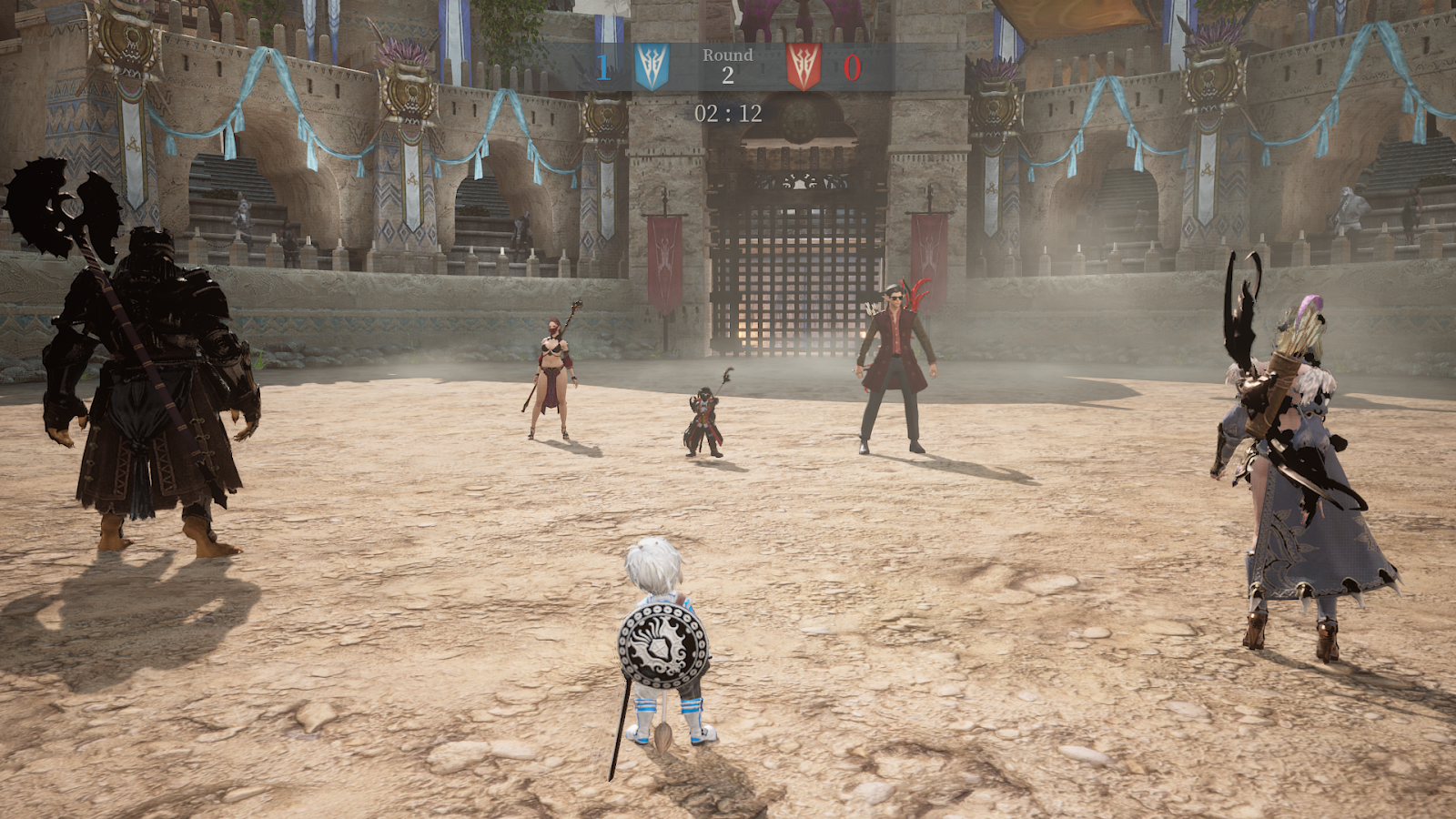 ▲ Combat in the Warlords Arena.

During the official season of Battlefield / Warlords Arena, achieve the “weekly challenge” and “seasonal challenge” with various goals to obtain rare rewards and titles. 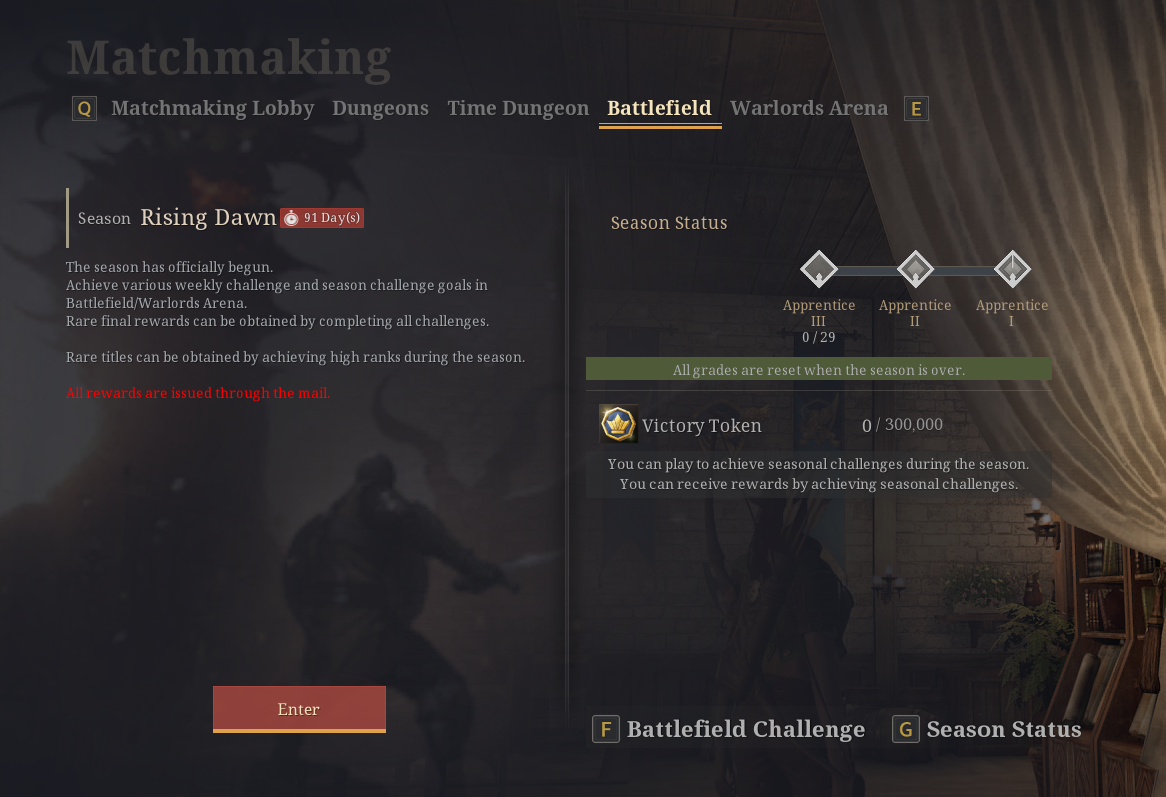 If you achieve the season mission from the Battlefield and Warlords Arena challenge, the corresponding reward can be obtained immediately.

During the season, your rank will be graded in real-time according to the play result of Battlefield / Warlords Arena.

And when the season ends, a rare title will be provided to the players within the certain top rank range as a rank reward based on the final rank.

Your rank can be checked in the “Season Status”.

According to the play result of Battlefield / Warlords Arena, Battlefield Rank and Arena Rank are given and their current status can also be checked in the “Season Status”.

Check out the details of the Rank below.

Increase your Battlefield Rank by accumulating  Battlefield EXP that is obtained by playing the Red Basin during regular season.

Ranks can only be increased.

When participating in the Warlords Arena during regularly season, your first rank is assigned after going through 5 test rounds.

The Arena Rank score changes depending on your victory and losses.

Increase your rank faster by winning in battles against high-level players.

※ Battlefield/Arena Rank is reset after each official season.