Being the most powerful weapons in Bless Unleashed, Ancient Weapons feature exclusive stats and options not available in other weapons.

As special as they are, be prepared to put in extra time and effort in acquiring them. 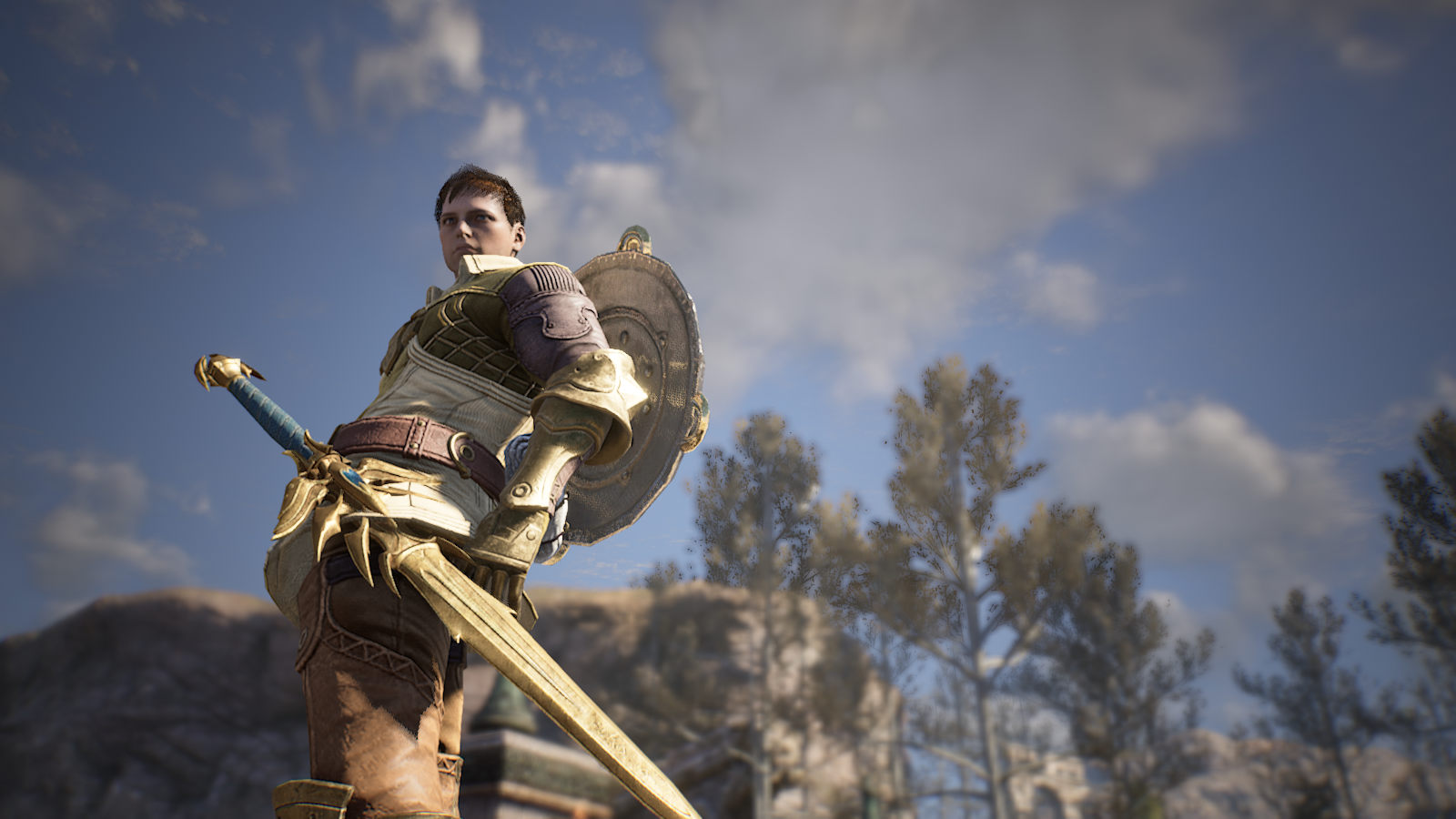 Cut my enemies with this sword.

Block my enemies with this shield.

This sword and shield is my will, my commitment, my body.

With this sword and shield you will always be at the front and yet always return to the back.

Your will will continue to sharpen the blade, and faith will make your shield more sturdy.

Take this and let my will descend to the earth."

Iraphos, the guardian of the prophet who is the source of light, protects the truth, rules all things, and opens the way to the future, speaks to Lucius, the best champion while presenting a sword and shield. 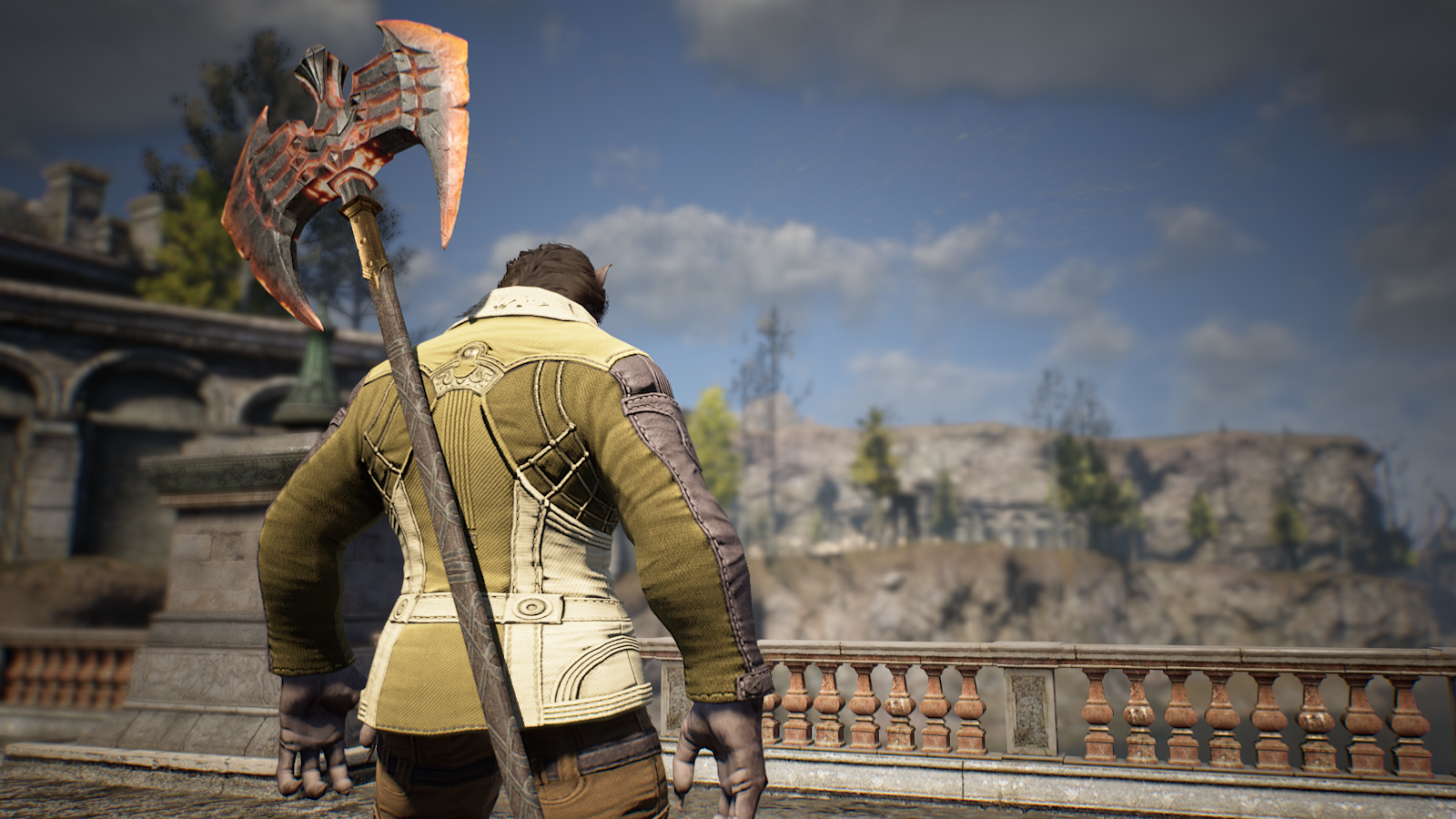 The brothers’ dispute began from the beginning, and it didn’t seem to end until the slaughter god Ash'Luha destroyed the world and created it again in his way.

The wolf's creatures couldn’t break into the dispute between the lion and wolf.

Baraka, the forest guardian, was getting tired, and the slaughter god was sure of victory.

Just before defeat was certain, Baraka's best singer dropped his pipe and went to the gods’ battlefield.

The singer picked up a dropped axe and attacked the most powerful prey he could challenge.

Ash'Luha was hurt by the attack of an unexpected being.

The lion became one-eyed and laughed at the singer while bleeding.

"Your god will be defeated in the next fight. You are just a mortal who will spend your whole life and die while I blink. The wound from a mortal will disappear in one breath."

However, Ash'Luha didn’t know that he would forever be called the slaughter god with one eye.

Baraka blessed the singer and his axe, and with the blessing, the singer spread far and wide the epic of Ash'Luha becoming one-eyed.

Even after the singer's death, the story of the Night Caller and the singer became a myth that was forcibly engraved on Ash'Luha. 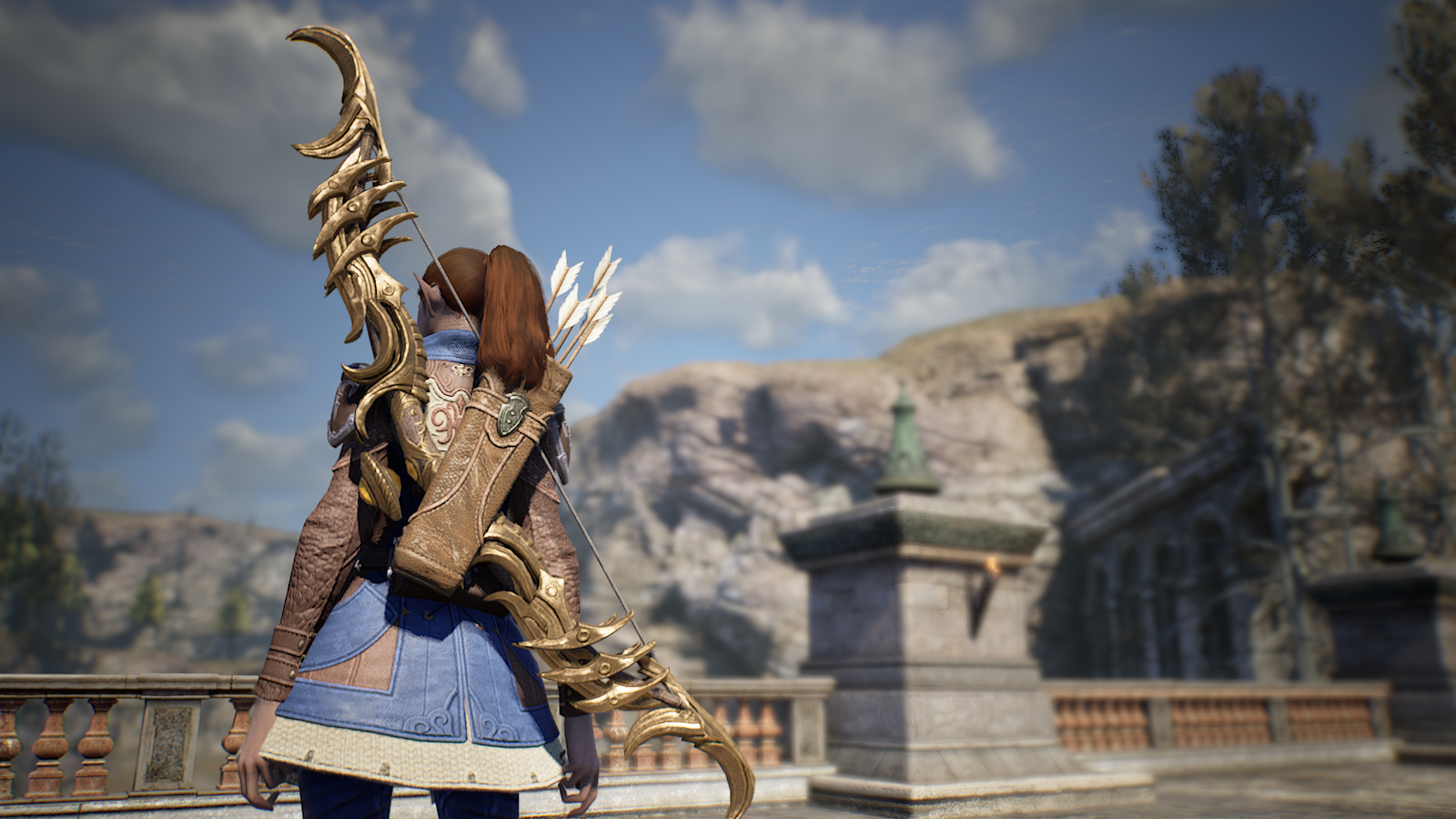 The giant Kannus wanted to be a god and set his eyes on the power of god.

To absorb the power of god, he attacked Lily'anthes, the creator of the elves, the world tree, and the tree of life, trampling on the elves’ holy land.

The elves who were not skilled at combat were helpless, and Lily'anthes was gravely damaged. One elf visited Lily'anthes and prayed out of rage.

"Give me the power to fight," said the elf.

With beautiful ash-blond hair, Alexa Yorba was a forest keeper who protected the forest of the holy land.

"We are not good at fighting. We are not meant to harm others."

Lily'anthes, the immortal guardian of the elves who supported the forests, fruits, and immortality, answered.

"I will be the first and last scoundrel elf."

Thus, Lily'anthes gave Yorba a bow to defeat the giant. 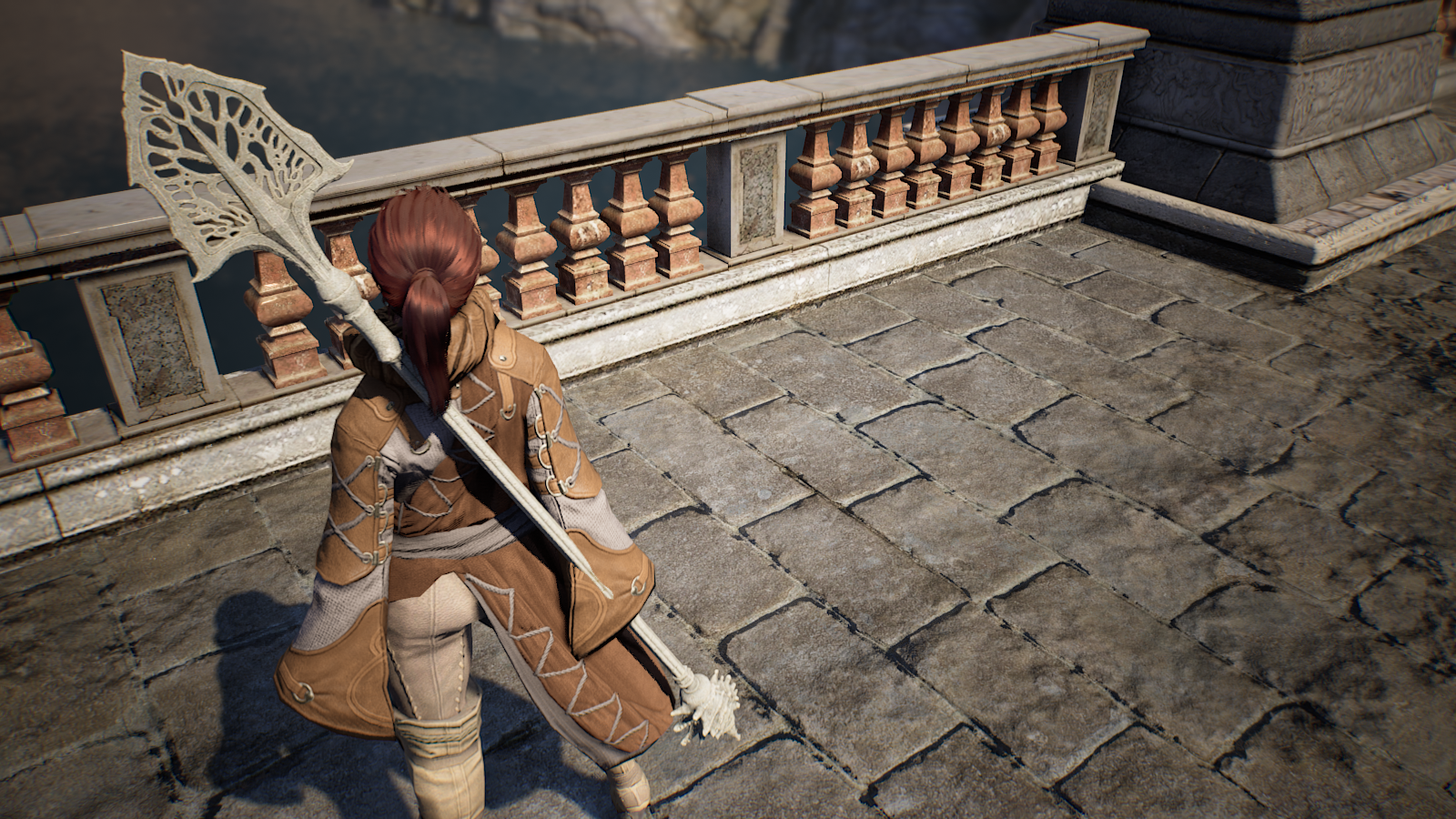 The young man looked up at the world. An infinite future was waiting for him who was born with the mother sea and the moon as a sister.

He could become a military god who shows off his strength indulging in blood, or the creator of a race and enjoye prosperity over generations.

He may also enjoy the secluded life with the race he created just like his sister who hates to be disturbed.

But, the young god showed no interest in power, prosperity or peace.

It was compassion for the mortals that filled the hearts of the young god.

The young god saw the future reflected on the moon. The pain of the mortals was infinite like the sea, and was full of enough blood to even wash away the power shining on his forehead.

Their shouts were unending and their desires deeper than abyss.

Even god seemed unable to relieve all of their suffering.

Therefore, the young god accepted the destiny of ordeal.

A white flame bloomed from the heart. The flames gently burned with compassion gave the mortals a light different from the moon and washed away their pain. 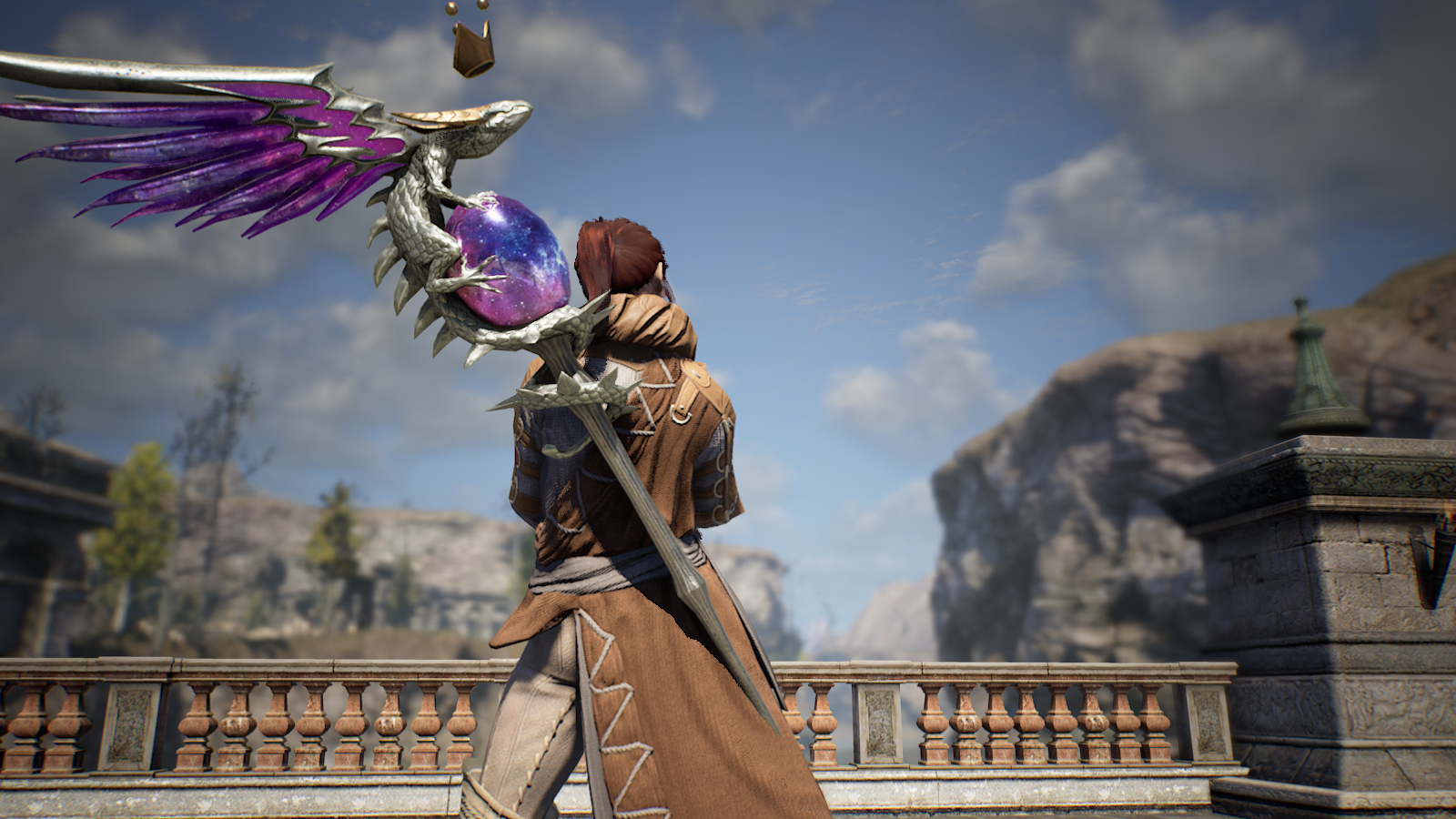 About 1,000 years ago, the empire that flourished was in ruins after the Nightspire broke out.

The Warrior King and the 12 warriors fought against the shadowspawn pouring from the dimensional rift to save the world from destruction.

Lumenas decided to help the Warrior King, and gave him the power of god to build the Nightspire that seals the dimensional passage.

For the archmage who willingly faced destruction, Lumenas created a staff equal to cold darkness from somewhere in deep chaos.

"Release the chaos fluctuating inside you.

This key will open your body's  oppressed power.

I allow your door to open, so calm the forbidden chaos.

I am the master of darkness and chaos, secret and fantasy.

Even good and evil are one.

The only order I have is that everything subjected to me must be under my feet.

When Griogair wielded the staff, an unrefined magic exploded and became a wave sweeping away the dimensional shadowspawn.

Nothing was left where the power reached.

There are 3 phases to the quests, with the weapon upgraded each time upon completion.

An “Antique Chest” can be obtained from the Time Dungeon (5 Players) : The Nightspire - Caverns of Wrath and [Abyssal] Dungeons (5 Players).

An “Antique Key” is required to open the “Antique Chest” and can be acquired from the following.

Open the chest to obtain a "mysterious scroll" to being the quest.